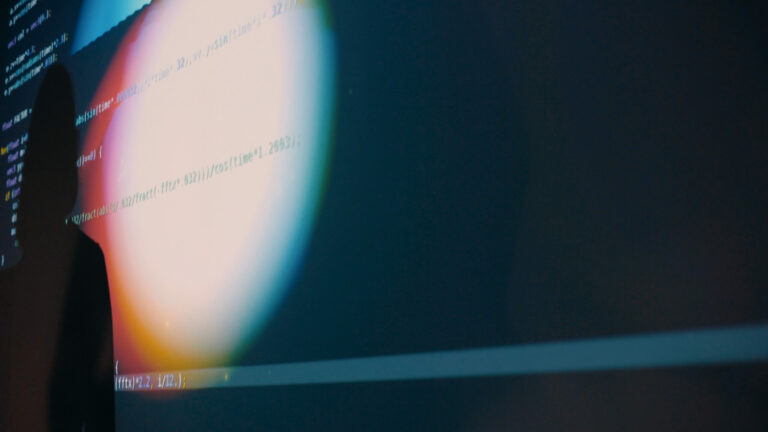 On June 14th, Hangar will participate in ISEA2022 Barcelona, ​​the 27th edition of the International Symposium on Electronic Arts, under the theme “Possibles”, with the exclusive presentation of the documentary {on-the-fly}, made as part of the European project On -the-Fly led by Hangar and directed by Iván Paz and Lina Bautista, members of the artistic group TOPLAP. The project was developed in partnership with ZKM, Ljudmila, CCU.
Live coding uses algorithmic writing as a creative act and is sometimes described as "public thinking" because the programmer's writing process is presented to the audience. During performance, sound and visuals are projected while being encoded in algorithmic processes.  {on-the-fly} is a documentary that offers a glimpse into the practice of live coding and its community, a look at algorithmic performance where, with a single typo, everything can go wrong!
Practical information:
Date: Tuesday, June 14th, 2022
Time: 6 pm Place: CERC, C. Montalegre, 7, Barcelona
Free entrance

The event is co-organized by Hangar and co-funded by the @creative.eu program
Published on May-22
GO BACK TO NEWS READ NEXT
Mark Voprosov: new on-the-fly Artist-in-Residence at ZKM