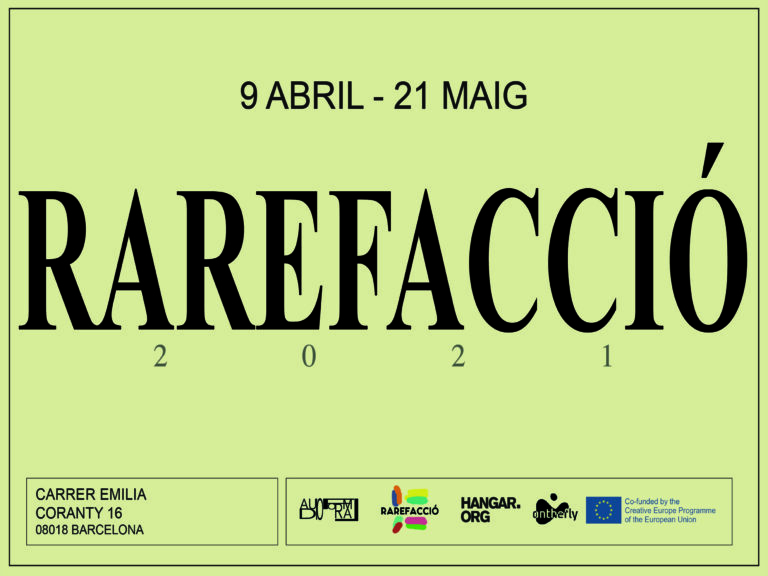 On April 30th at 6 pm, Hangar will be presenting the fourth session of Rarefacció, a cycle curated by Sergi Botella that aims to present proposals that revolve around music and the underbelly of an experimental and unconventional viewpoint. The guests for this session are Giulia Deval and the live coder Niklas Reppel.

Giulia Deval is a singer and sound artist from Italy working across different formats such as live sets, creation of sound dresses, concerts of imaginary characters and collective actions for voices and magnetic tapes set in dystopian futures. Her latest work Terrapolis, released by the Italian label ANS, is a solo album in which voice and tapes play with the idea of multispecies, creating extra-human sound notes.

Niklas Reppel (*1983, Witten/Ruhr) is a live coder, composer and audio software developer currently based in Barcelona, where he found a home in the local TOPLAP community. Often he is more involved in making live coding tools (i.e. Mégra, his main performance software) than actually using them. He comes from a multifaceted musical background that features everything from jammy rock bands to contemporary chamber music ensembles, improvisation, eclecticism and Markov chains play a major role in his current live coding works.

Niklas Reppel performance is part of the European project On-the-fly funded by the Creative Europe Program.

The event will be carried out following all security measures.
Attendance will be on a first-come, first-served basis.