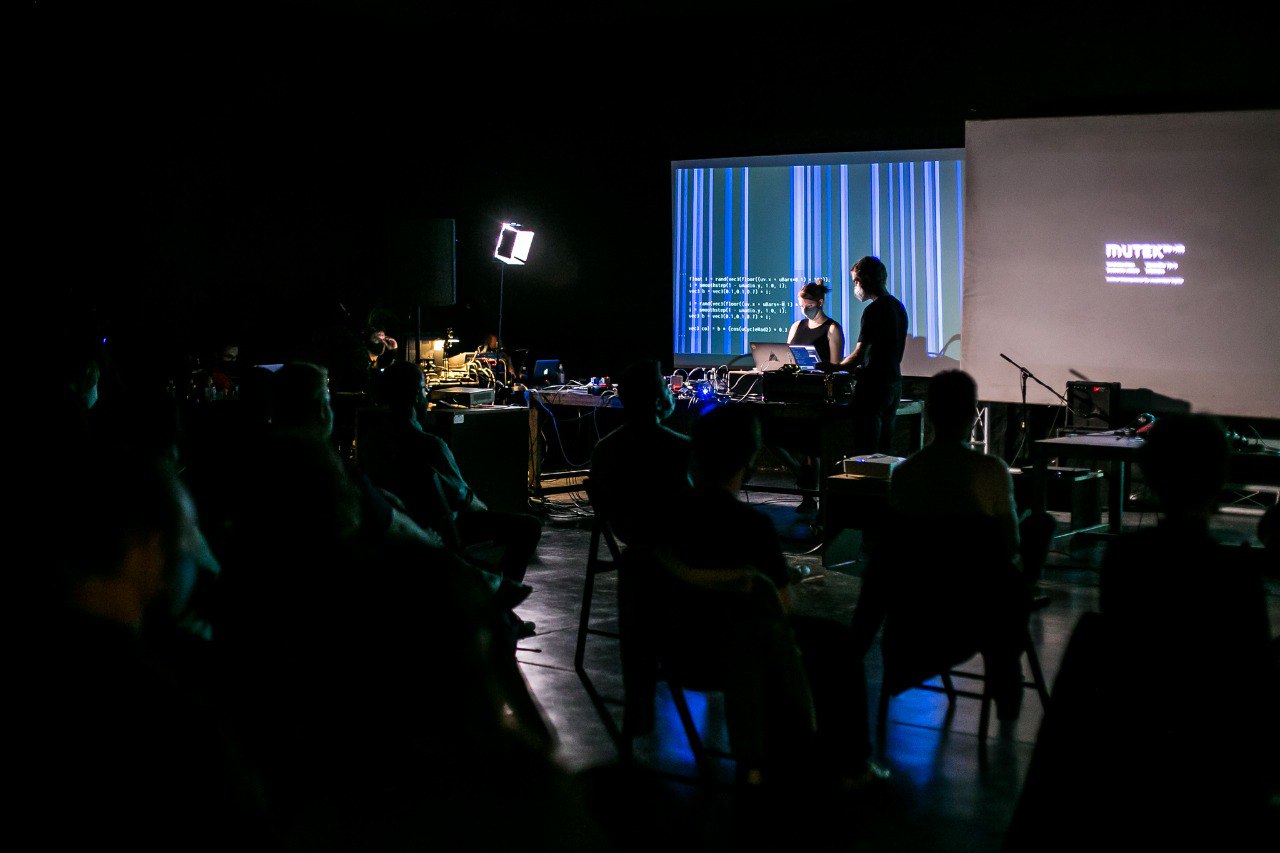 For those of you who missed it, Proxyspace was coorganized by On-The-Fly and Mutek ES, and celebrated last May. It was a day dedicated to live coding shows and workshops to learn the basics of live coding.

Each performance included two live coders, one in charge of generating the audio, and one focused on the visual part. In the first show, Iris Saladino and Roger Pibernat integrated programming languages such as Hydra, Tidal and SuperCollider to produce sound and visual narratives.

Iris Saladino is a sound-oriented creative coder based in Buenos Aires. She works live coding music (mainly, but not only) with TidalCycles and visuals with Hydra, and is also member of CLiC (Live Coders Collective).

Roger Pibernat is an illustrator and musician that works with SuperCollider. Co-founder of the Wú Collective, he has been part of the Barcelona Laptop Orchestra, and is currently an active member of the Barcelona live coding community.

Shelly Knotts was one of the artists awarded a grant from the On-the-Fly open call. Her interest in code, data and networks has led her down strange and diverse musical paths, from electroacoustic composition, to jazz and noise music, to Algorave. She experiments with generative and AI techniques and algorithms to make music.

Glen Fraser is a Canadian software developer who has worked in graphics, sound, interactive and immersive technology for over a quarter of a century. Inspired by the TidalCycles pattern language, he develops and uses “Bacalao”, his personal collection of live-coder tools for SuperCollider.

Finally, in the third show, Ivan Paz and Julia Mújica’s performance integrated symbolic machine learning for sound synthesis and systems with collective behavior for the visuals.

Iván Paz's work is framed in critical approaches to technology focused on from-scratch construction as a technique of exploration. He is currently working with machine learning techniques while maintaining the real-time feedback characteristic of live coding.

The event was part of the European project On-the-fly and is supported by the Creative Europe program. Coorganized by: MUTEK ES, Hangar.org and Toplap Barcelona.

Published on October-21 by On the fly
GO BACK TO NEWS READ NEXT
Trobada 2.2