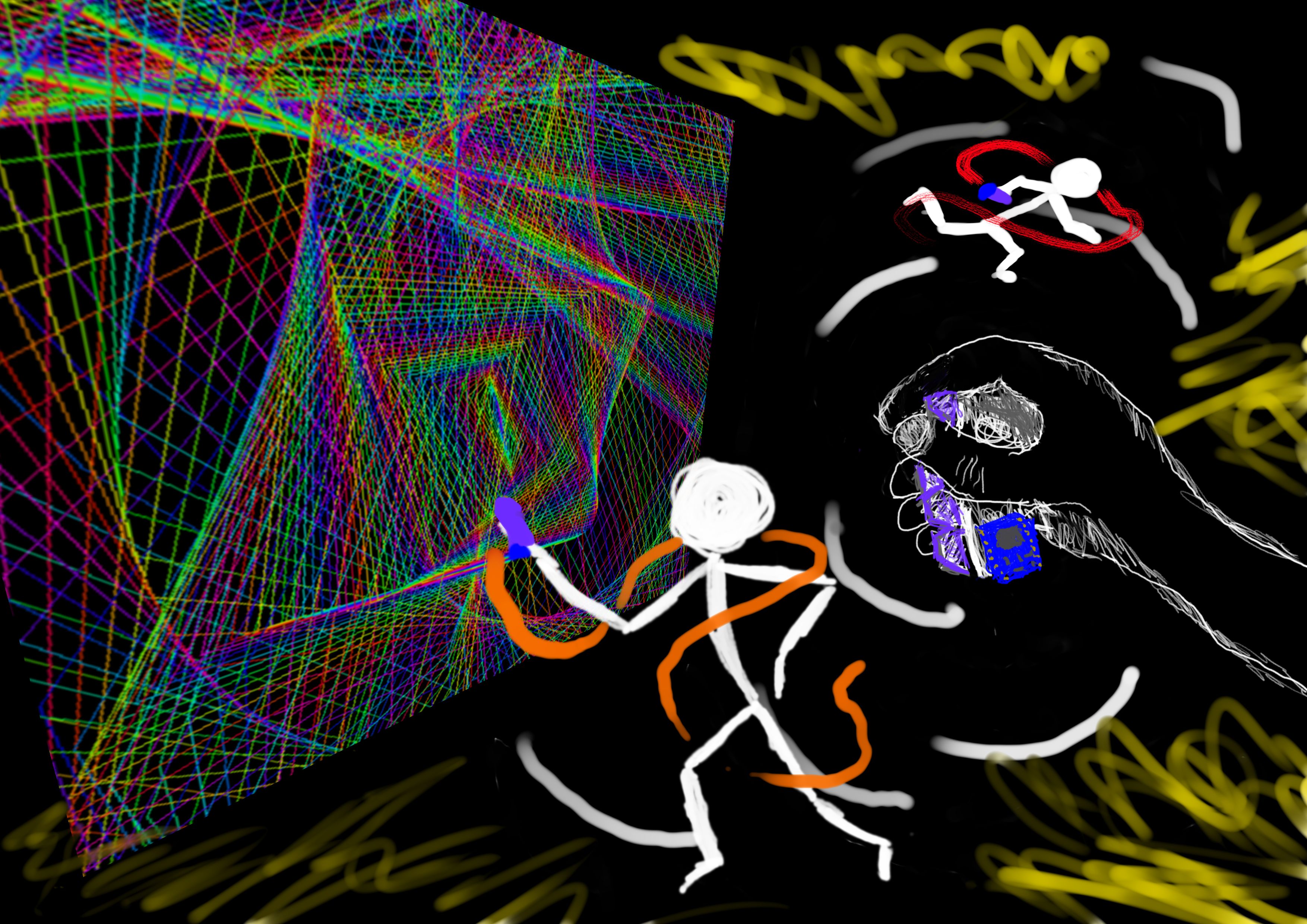 
In the first week of March 2022, six hackers joined the Ljudmila On-The-Fly hackaton at Vetrinjski Dvor in Maribor, Slovenia.

The project they were hacking on is a wireless gesture controller. A few different hardware options were explored, some based on an ESP32 board with a separate IMU chip, and also an Arduino Nano 33 BLE as an alternative, which has a 9-axis IMU sensor already inside.

Besides improving the stability and quality of the motion tracking, they also implemented different wireless transport options - BT serial, WiFi and BLE MIDI. The physical design of the controller got a few iterations of improvements and is now much more ergonomic. Different ways of powering the boards with  LiPo batteries were also tried, with or without a voltage regulator.

Besides all that, one of the boards got mounted in an electric guitar and a lot of live sound processing was done, controlled with the prototypes. They also hooked one up to Hydra for some trippy visuals and played with a new possibility for using the device - housed inside a styrofoam ball - with a 3D printed base to make it into a large trackball. Finally, they presented the results to some guests and each other on the last evening.

The event is part of the European On-the-fly project and is supported by the Creative Europe program.